It's COLD Outside: Healthy White Bean and Chipotle Chicken Chili

Just because its FREEZING and blistery cold in most parts of the country, doesn't mean you can't still be healthy and continue to get slimmer!  It's raining and chilly here in Scottsdale, so...I made some chili!

White bean chicken chili is a really common, easy and delicious dish when you're trying to slim down without sacrificing flavor.  I love using Chipotle in recipes like this because it adds so much depth and flavor.  The beans are simple, you can use Cannellini, Navy, or Great Northern beans and you can use the dry beans in a bag (just follow the directions for preparation), or you can use the pre-cooked canned beans (saves TONS of time).

This is a great meal to make in quantity ahead of time, so you can pre-portion your meals for the rest of the week.  In fact, it tastes even better the next day! 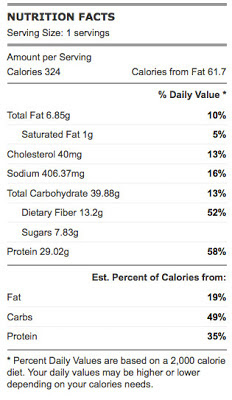 Steps:
For Chili:
Steps:
To Serve: